Developer tools can be magic. Instead, they collect dust

Slashdot - Sun, 03/28/2021 - 14:34
The Hill reports that Amazon engaged in "a heated Twitter exchange" with U.S. Senator Elizabeth Warren "after the lawmaker claimed that it and other large corporations 'exploit loopholes and tax havens to pay close to nothing in taxes.'" The exchange began after Warren (Democrat - Massachusetts) tweeted a clip from Thursday's Senate Finance Committee hearing, in which she accused Amazon and other companies of "manipulating the tax code to avoid paying their fair share." Hours later, the Amazon News Twitter account responded with, "You make the tax laws @SenWarren; we just follow them." "If you don't like the laws you've created, by all means, change them," Amazon tweeted, adding that the tech giant "has paid billions of dollars in corporate taxes over the past few years alone...." The company added that since 2010, it has invested $350 billion in the U.S. economy and in 2020, added 400,000 new jobs across the country... Warren later Thursday evening hit back at Amazon, tweeting, "I didn't write the loopholes you exploit... your armies of lawyers and lobbyists did." "But you bet I'll fight to make you pay your fair share," she continued. "And fight your union-busting. And fight to break up Big Tech so you're not powerful enough to heckle senators with snotty tweets." UPDATE: Bernie Sanders was recently called out on Twitter by the retail chief of Amazon. "I often say we are the Bernie Sanders of employers, but that's not quite right because we actually deliver a progressive workplace." A recent article in Recode suggests the tweets may have been encouraged by Jeff Bezos: Amazon has long been at odds with Senators Bernie Sanders and Elizabeth Warren over their criticisms of the company's labor and business practices. But the discord reached a new height last week when Amazon aggressively went after both on Twitter in an unusual attack for a large corporation. With each new snarky tweet from an Amazon executive or the company's official Twitter account, insiders and observers alike asked a version of the same question: "What the hell is going on?" Turns out that Amazon leaders were following a broad mandate from the very top of the company: Fight back. Recode has learned that Amazon CEO Jeff Bezos expressed dissatisfaction in recent weeks that company officials weren't more aggressive in how they pushed back against criticisms of the company that he and other leaders deem inaccurate or misleading. What followed was a series of snarky and aggressive tweets that ended up fueling their own media cycles. The timing was likely not coincidental. Bezos and other Amazon leaders are on edge as the company is facing the largest union election in its history at its Bessemer, Alabama warehouse. 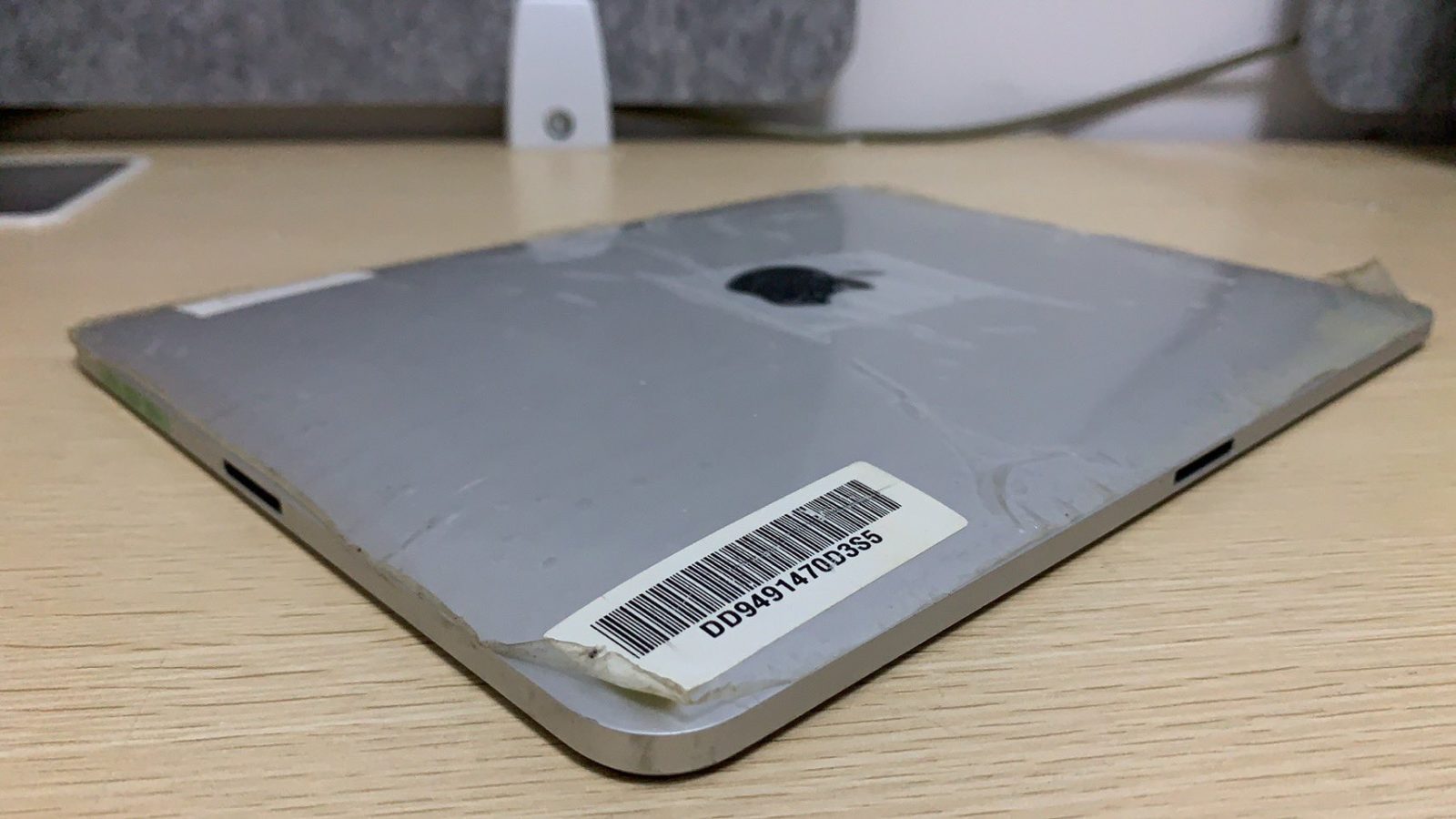 New images shared on Twitter this week claim to show an early prototype of the first-generation iPad. While we’ve seen prototype images of the original iPad before, these images show that Apple had considered a docking system of some sort for the device…

END_OF_DOCUMENT_TOKEN_TO_BE_REPLACED

Any good recommendations for downloading desktop backgrounds? I'm looking for pictures or artwork to use for my dual screen monitors. But I find it difficult to find high res downloads from safe sources.

END_OF_DOCUMENT_TOKEN_TO_BE_REPLACED

No, I Did Not Hack Your MS Exchange Server

Many models workflows in Python: Part I

Slashdot - Sun, 03/28/2021 - 13:34
"The idea of artificially cooling the planet to blunt climate change — in effect, blocking sunlight before it can warm the atmosphere — got a boost on Thursday when an influential scientific body urged the U.S. government to spend at least $100 million to research the technology," reports the New York Times: That technology, often called solar geoengineering, entails reflecting more of the sun's energy back into space through techniques that include injecting aerosols into the atmosphere. In a new report, the National Academies of Sciences, Engineering, and Medicine said that governments urgently need to know whether solar geoengineering could work and what the side effects might be. "Solar geoengineering is not a substitute for decarbonizing," said Chris Field, director of the Woods Institute for the Environment at Stanford University and head of the committee that produced the report, referring to the need to emit less carbon dioxide and other greenhouse gases into the atmosphere. Still, he said, technology to reflect sunlight "deserves substantial funding, and it should be researched as rapidly and effectively as possible." The report acknowledged the risks that have made geoengineering one of the most contentious issues in climate policy. Those risks include upsetting regional weather patterns in potentially devastating ways, for example by changing the behavior of the monsoon in South Asia; relaxing public pressure to reduce greenhouse gas emissions; and even creating an "unacceptable risk of catastrophically rapid warming" if governments started reflecting sunlight for a period of time, and then later stopped. But the authors argue that greenhouse gas emissions are not falling quickly enough to avoid dangerous levels of global warming, which means the world must begin to examine other options. Evidence for or against solar geoengineering, they found, "could have profound value" in guiding decisions about whether to deploy it.

Slashdot - Sun, 03/28/2021 - 12:34
This week Swedish developer Daniel Stenberg posted a remarkable reflection on the 20th anniversary of his command-line data tool, cURL: curl was adopted in Red Hat Linux in late 1998, became a Debian package in May 1999, shipped in Mac OS X 10.1 in August 2001. Today, it is also shipped by default in Windows 10 and in iOS and Android devices. Not to mention the game consoles, Nintendo Switch, Xbox and Sony PS5. Amusingly, libcurl is used by the two major mobile OSes but not provided as an API by them, so lots of apps, including many extremely large volume apps bundle their own libcurl build: YouTube, Skype, Instagram, Spotify, Google Photos, Netflix etc. Meaning that most smartphone users today have many separate curl installations in their phones. Further, libcurl is used by some of the most played computer games of all times: GTA V, Fortnite, PUBG mobile, Red Dead Redemption 2 etc. libcurl powers media players and set-top boxes such as Roku, Apple TV by maybe half a billion TVs. curl and libcurl ships in virtually every Internet server and is the default transfer engine in PHP, which is found in almost 80% of the world's almost two billion websites. Cars are Internet-connected now. libcurl is used in virtually every modern car these days to transfer data to and from the vehicles. Then add media players, kitchen and medical devices, printers, smart watches and lots of "smart"; IoT things. Practically speaking, just about every Internet-connected device in existence runs curl. I'm convinced I'm not exaggerating when I claim that curl exists in over ten billion installations world-wide... Those 300 lines of code in late 1996 have grown to 172,000 lines in March 2021. Stenberg attributes cURL's success to persistence. "We hold out. We endure and keep polishing. We're here for the long run. It took me two years (counting from the precursors) to reach 300 downloads. It took another ten or so until it was really widely available and used." But he adds that 22 different CPU architectures and 86 different operating systems are now known to have run curl. In a later blog post titled "GitHub Steel," Stenberg also reveals that GitHub gave him a 3D-printed steel version of his 2020 GitHub contribution matrix — accompanied by a friendly note. "Please accept this small gift as a token of appreciation on behalf of all of us here at GitHub, and everyone who benefits from your work."

The forgotten medieval fruit with a vulgar name

I made an eInk newspaper

OpenSSL Fixes a High-Severity Flaw That Allowed Crashing of Servers

Slashdot - Sun, 03/28/2021 - 11:34
"OpenSSL, the most widely used software library for implementing website and email encryption, has patched a high-severity vulnerability that makes it easy for hackers to completely shut down huge numbers of servers," reports Ars Technica: On Thursday, OpenSSL maintainers disclosed and patched a vulnerability that causes servers to crash when they receive a maliciously crafted request from an unauthenticated end user. CVE-2021-3449, as the denial-of-server vulnerability is tracked, is the result of a null pointer dereference bug. Cryptographic engineer Filippo Valsorda said on Twitter that the flaw could probably have been discovered earlier than now. "Anyway, sounds like you can crash most OpenSSL servers on the Internet today," he added. Hackers can exploit the vulnerability by sending a server a maliciously formed renegotiating request during the initial handshake that establishes a secure connection between an end user and a server... The maintainers have rated the severity high. Researchers reported the vulnerability to OpenSSL on March 17. Nokia developers Peter Kästle and Samuel Sapalski provided the fix. Ars Technica also reports that OpenSSL "fixed a separate vulnerability that, in edge cases, prevented apps from detecting and rejecting TLS certificates that aren't digitally signed by a browser-trusted certificate authority." 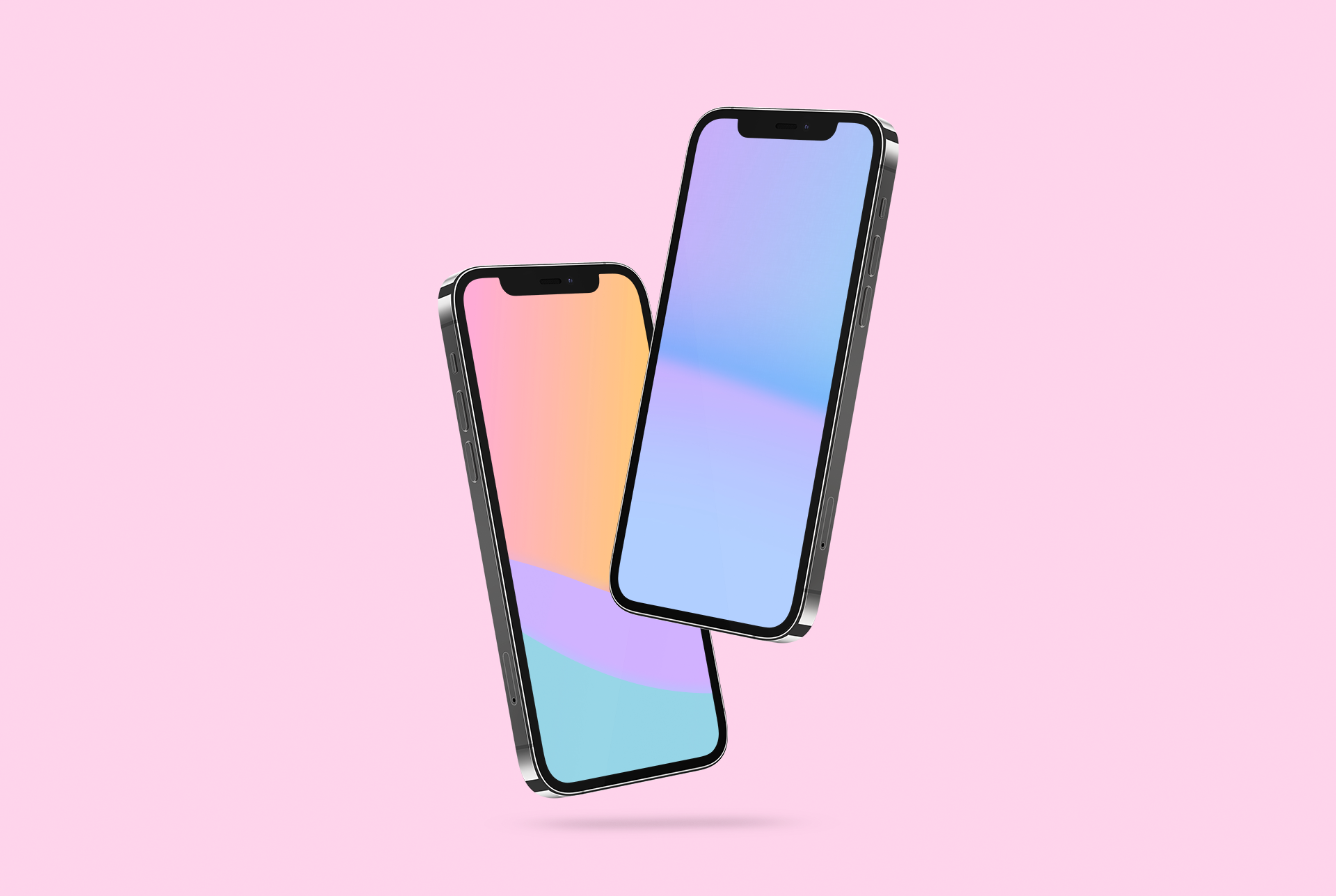 These five exclusive wallpapers are first launched on iDB, as a preview of the larger, "Here Comes the Sun Wallpapers" pack by Matt Birchler.
Categories: Geek