Slashdot - Thu, 03/04/2021 - 13:05
The European Union is planning to produce its own advanced semiconductors by 2030, part of the bloc's plans to reduce "high-risk dependencies" on technology companies in the U.S. and Asia. From a report: Officials want to ensure that at least 20% of the world's cutting-edge semiconductors by value are produced in Europe by the end of the decade, according to a draft document obtained by Bloomberg. The document, which could still change, is due to be presented next week by the European Commission, the bloc's executive body. The EU has discussed potentially establishing a new foundry as part of a plan to boost semiconductor production in Europe, Bloomberg has reported previously. The EU wants to manufacture chips faster than the most efficient 5nm semiconductors made by industry leaders Taiwan Semiconductor Manufacturing Co. and Samsung Electronics. "A reduction in critical dependencies will enable the EU to become digitally sovereign and better able to assert European interests," the EU said in the document, which said its approach would seek to support "the open nature of the Internet." The so-called Digital Compass plan outlines the bloc's digital goals for the next decade. As part of that, it also aims to deploy 10,000 climate-neutral facilities to guarantee businesses have rapid access to data services, develop a computer with quantum acceleration by 2025 and cover populated areas in Europe with 5G by 2030. In addition, the EU said over the next decade it wants to double the number of unicorns, or companies with a valuation above $1 billion, by improving access to financing. 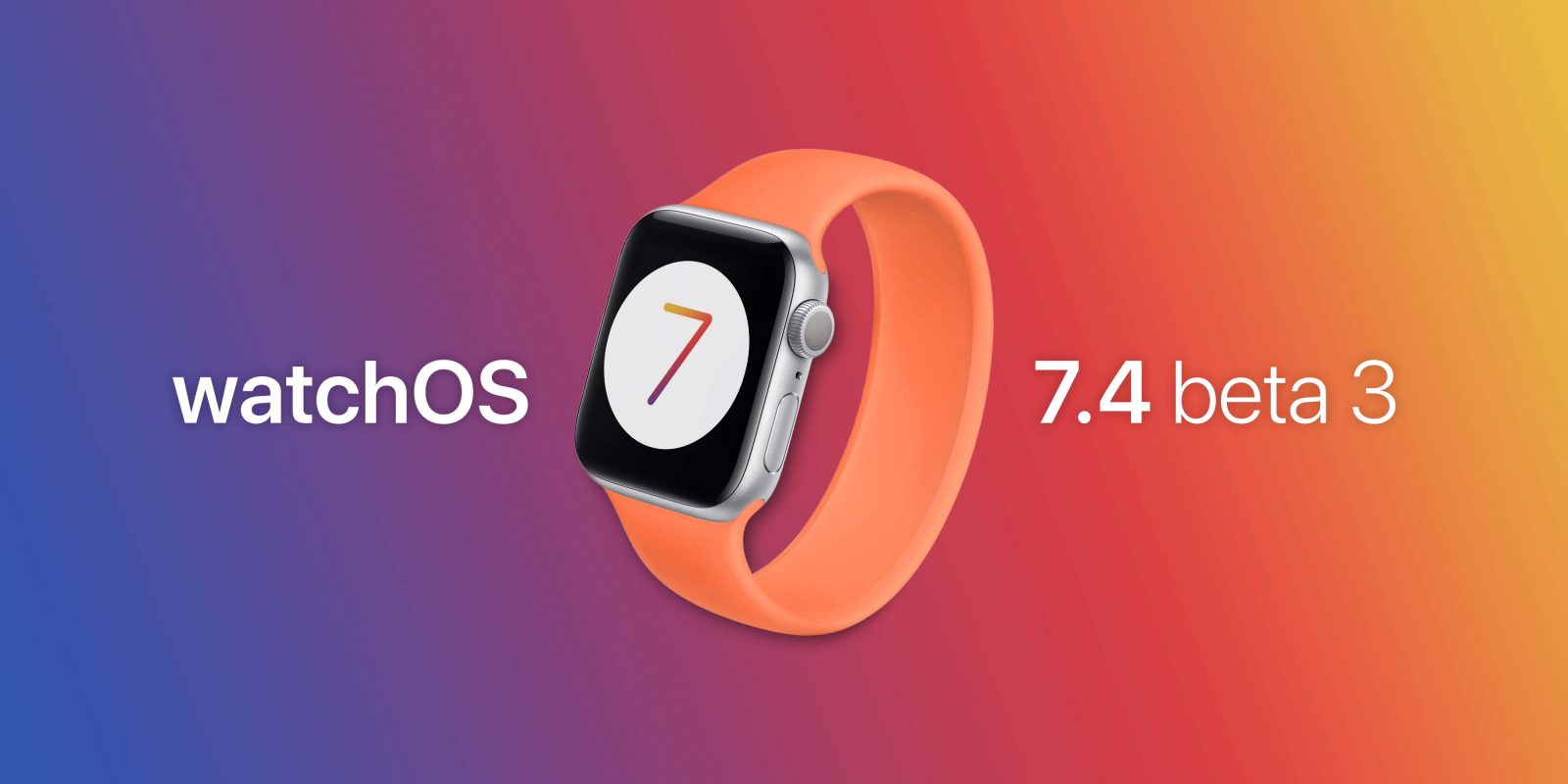 The third developer beta version of the upcoming watchOS 7.4 software update for Apple Watch is now available. iPhone users will especially appreciate this update as it allows the Apple Watch to replace Face ID and a passcode when wearing a facial covering.

END_OF_DOCUMENT_TOKEN_TO_BE_REPLACED

The Sonos Roam leaks out, a new portable speaker coming soon for $169 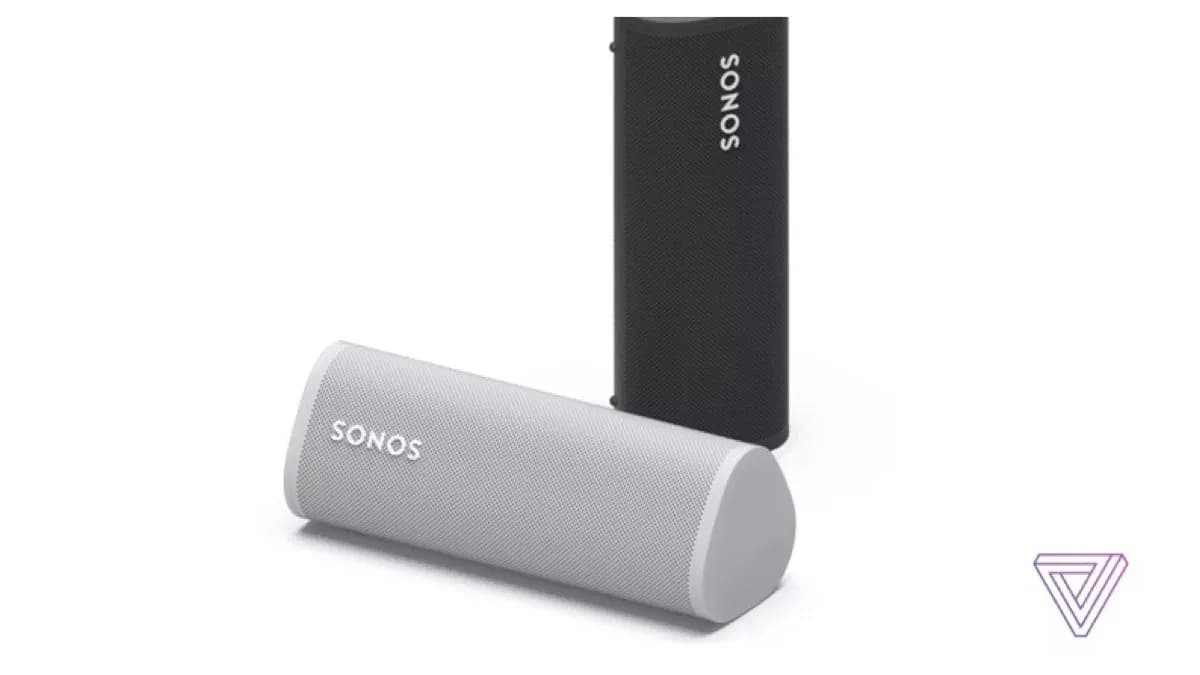 The Sonos Roam has leaked out, offering a small form factor for a portable speaker and a $169 price tag.
Categories: Geek 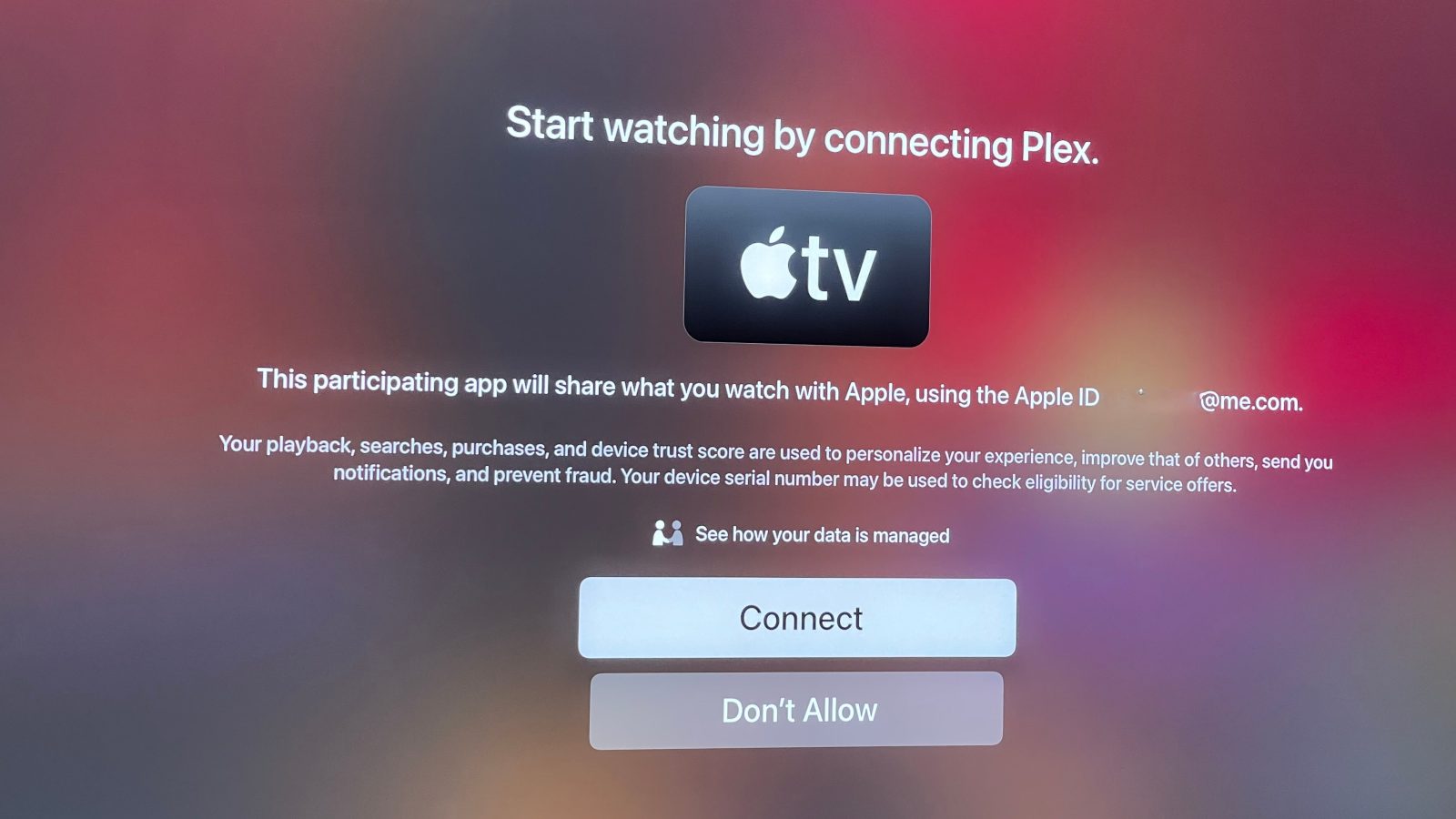 Last month, Plex began beta testing integration with Apple’s TV app, but some of the specifics were unclear. Plex has now confirmed to 9to5Mac that it’s now rolling out integration between the TV app and its free on-demand video streaming service. Here’s what that means.

END_OF_DOCUMENT_TOKEN_TO_BE_REPLACED

Ask HN: Do you think Agile/Scrum is beneficial for software delivery?

Coming from old school 'non-agile' financial world focused on bottom line I was in a bit of a shock learning about this daily standup ritual.

Besides being a dream for micromanagers, it seems to be more about signalling progress vs. actually making progress.

Senators Call on FCC To Quadruple Base High-Speed Internet Speeds

Slashdot - Thu, 03/04/2021 - 12:23
The federal government's definition of high-speed broadband has remained stagnant over the last six years, sitting at 25Mbps down and 3Mbps up since 2015. But faced with pandemic-fueled network loads and a new push for infrastructure spending, lawmakers are getting ready to upgrade that definition. In a letter to government leaders Thursday, a bipartisan group of senators called for a quadrupling of base high-speed broadband delivery speeds making 100Mbps down and 100Mbps up the new base for high-speed broadband. From a report: "Going forward, we should make every effort to spend limited federal dollars on broadband networks capable of providing sufficient download and upload speeds and quality," Sens. Michael Bennet (D-CO), Joe Manchin (D-WV), Angus King (I-ME), and Rob Portman (R-OH) wrote to the FCC and other agencies. "There is no reason federal funding to rural areas should not support the type of speeds used by households in typical well-served urban and suburban areas." The letter calls on the FCC and other agencies to change their definitions of "high speed broadband" to anything above 100Mbps down and 100Mbps up -- a shift that would prohibit the FCC from identifying an area as being served with broadband unless it met those speed criteria. It's a complete change of pace from the FCC under former Chairman Ajit Pai's leadership, which established the previous 25 / 3Mbps standard. 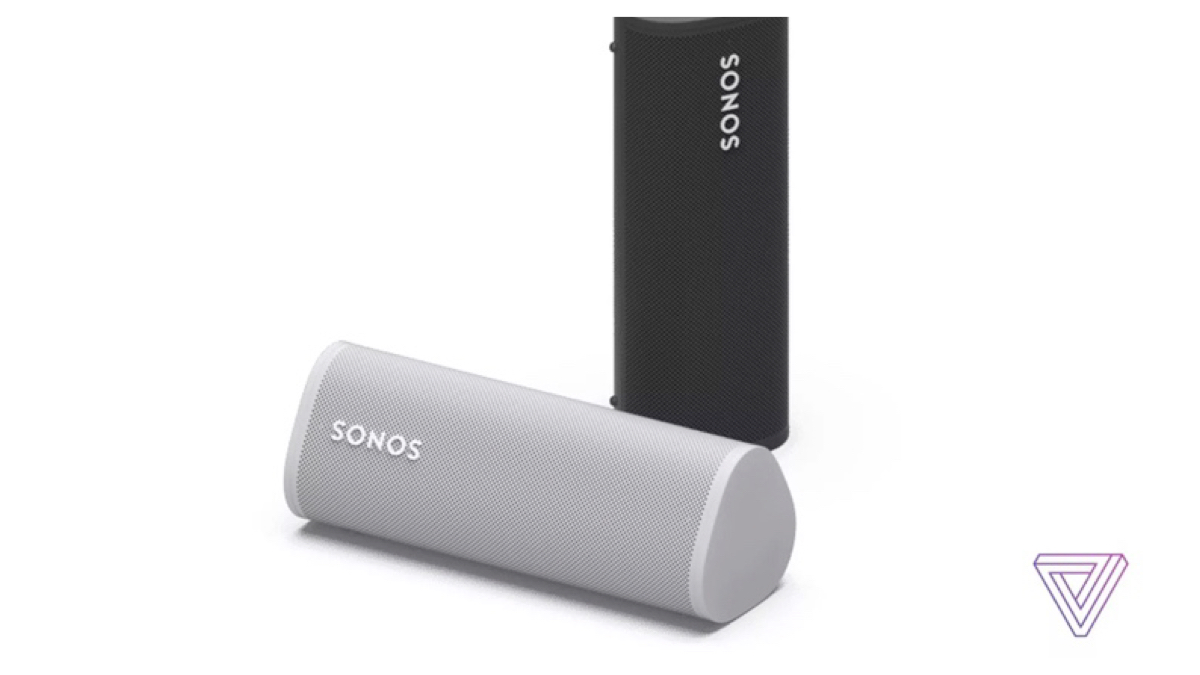 A new portable speaker by Sonos, Sonos Roam, just leaked online. It will measure 6.5 x 2.5 x 2.5 inches, which is smaller than the company’s first portable speaker Sonos Move and similar to other speakers in the market, such as UE Boom and JBL Xtreme.

END_OF_DOCUMENT_TOKEN_TO_BE_REPLACED 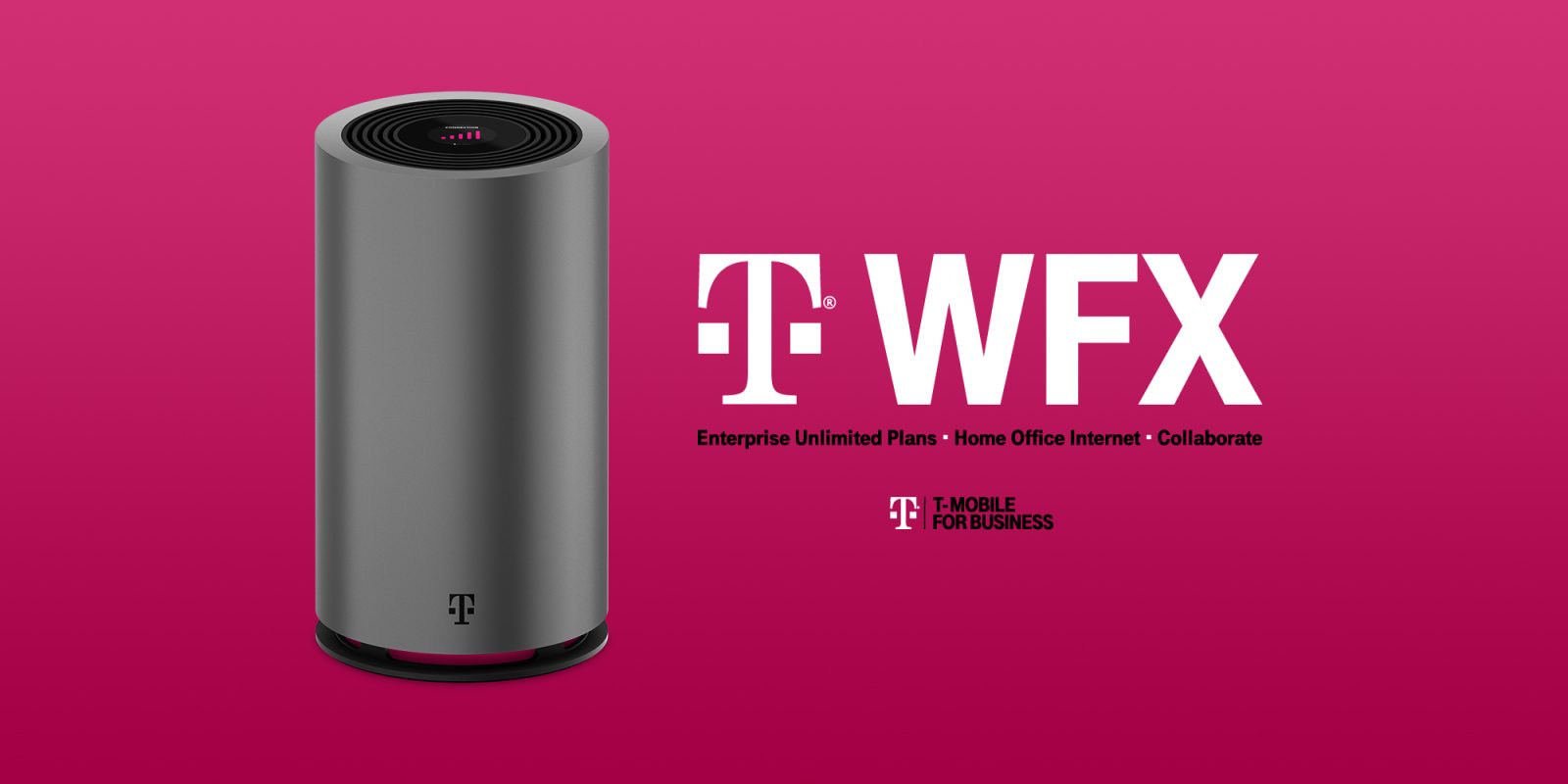 During an Uncarrier livestream event today, T-Mobile unveiled its latest 5G offerings, and they’re specifically for businesses and organizations. The carrier is launching new Enterprise Unlimited Plans, the “Collaborate” phone system, Home Office Internet, and aiming to outdo Verizon and AT&T with better performance and coverage as well as more affordable prices.

END_OF_DOCUMENT_TOKEN_TO_BE_REPLACED

Tired of waiting for Apple’s AirTags? This open-source project lets you create your own 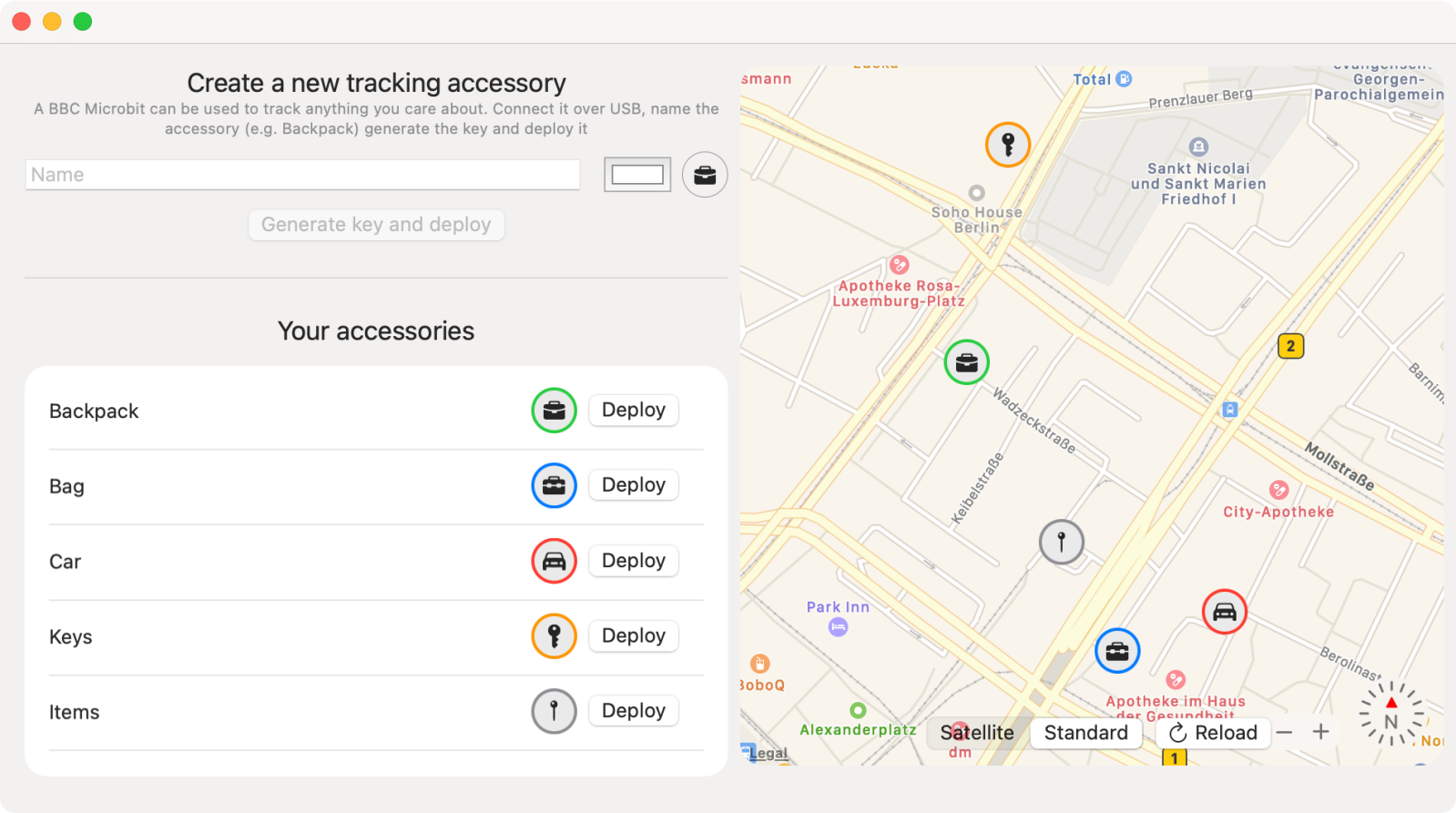 The first report about Apple working on an item tracker was back in April 2019, here on 9to5Mac. Since then, we’ve seen the device appear and disappear from iOS builds and even show up in an official Apple video on YouTube. More recently, rumors started picking up again about its imminent release, given the presence of support for third-party item trackers in iOS 14.5, which will also work for Apple’s own item tracking device.

But if you’re tired of waiting for Apple to release their own item tracker, there’s an open-source project that might help you, but only if you’re into hacking. Researchers from German university TU Darmstadt reverse-engineered the protocol used by Apple devices to participate in the Find My network and released free resources for those who would like to create their own item-tracking device at home.

END_OF_DOCUMENT_TOKEN_TO_BE_REPLACED

The post Tired of waiting for Apple’s AirTags? This open-source project lets you create your own appeared first on 9to5Mac. 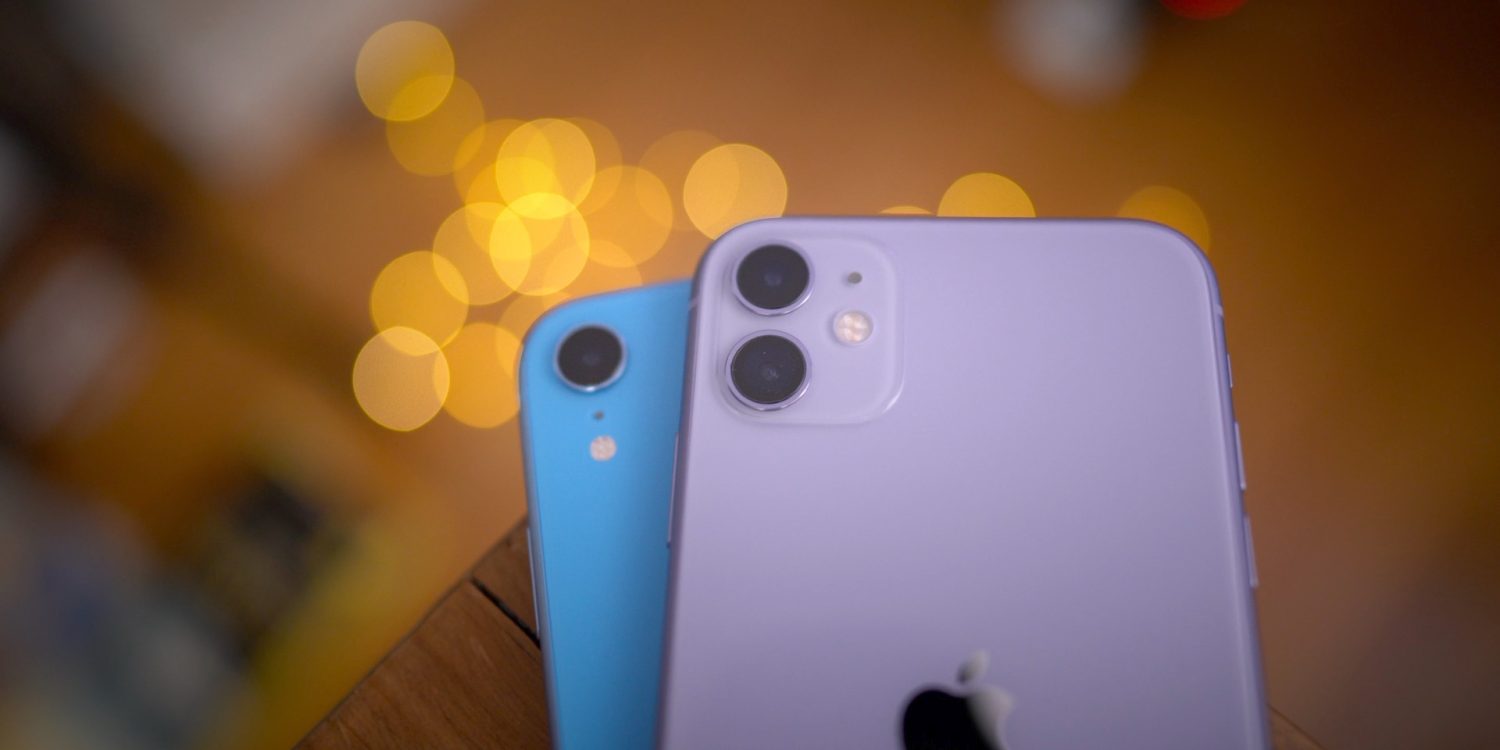 All of today’s best deals kick off with a 1-day Apple Watch and iPhone sale from $120. That’s alongside Apple’s latest iPad Air at $69 off and some rare Philips Hue discounts from $42. Hit the jump for all that and more in the latest 9to5Toys Lunch Break.

END_OF_DOCUMENT_TOKEN_TO_BE_REPLACED

Slashdot - Thu, 03/04/2021 - 11:45
Apple could face an EU antitrust charge sheet in the coming weeks following a 2019 complaint by music streaming service Spotify, Reuters reported Thursday, citing people familiar with the matter. From the report: The charge could force changes to Apple's lucrative business model, they said. The European Commission could send the statement of objections setting out suspected violations of the bloc's antitrust rules to Apple before the summer, one of the people said. The case is one of four opened by the EU competition enforcer into Apple in June last year. The EU charge sheet usually indicates whether a fine is merited and what companies have to do to halt anti-competitive practices. 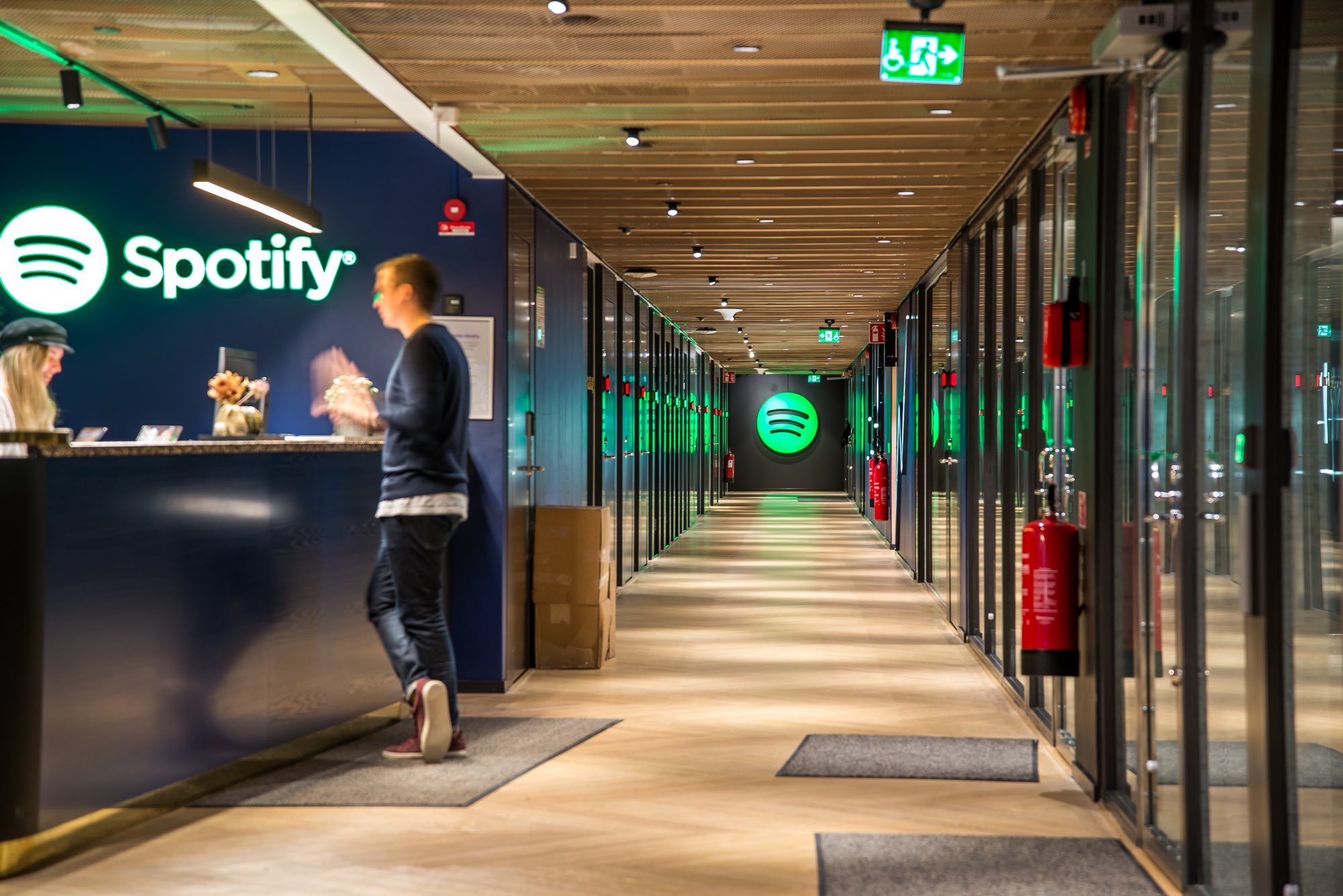 A new report says that EU antitrust regulators are moving forward with charges against Apple in light of Spotify's complaints, which could be presented to Apple in the coming months.
Categories: Geek

You can now call WhatsApp contacts via mobile or desktop. One-to-one calls are supported at launch, with a group-calling feature coming to WhatsApp Desktop in the future.
Categories: Geek

Slashdot - Thu, 03/04/2021 - 11:10
wooloohoo shares a report: Livestock researchers in Africa are looking to genome editing and other new technologies to identify genes that could help them tame the spread of a parasite that spreads sleeping sickness in animals and humans. In addition to work aimed at eradicating African trypanosomiasis, scientists at the International Livestock Research Institute (ILRI) in Nairobi are using gene editing to introduce such desirable traits as heat tolerance and disease resistance into cattle and chickens, said Prof. Steve Kemp, program leader in livestock genetics at ILRI. However, he said the effort is still at the preliminary research stage. African animal trypanosomiasis is a parasitic disease that causes serious livestock losses due to anemia and lower reproduction rates, according to the Center for Food Security and Public Health. Losses in cattle are especially prominent, though other animals, including dogs, can also be affected. Untreated cases can be fatal, and the mortality rate is high in some outbreaks. "Eradicating African animal trypanosomiasis is extremely important as we estimate that Africa loses US$1 billion annually due to human and livestock diseases," Kemp said. The people keeping livestock have experienced huge losses due to animal diseases, said Abdikadir Mohamed, chief executive officer of the Kenya Livestock Marketing Council (KLMC). "This leads to people getting poorer. Some sickly animals are rejected during market days, yet they come from far to sell the livestock. There is also a security threat as herders go back with their livestock. We need to stop these persistent diseases by available technologies."